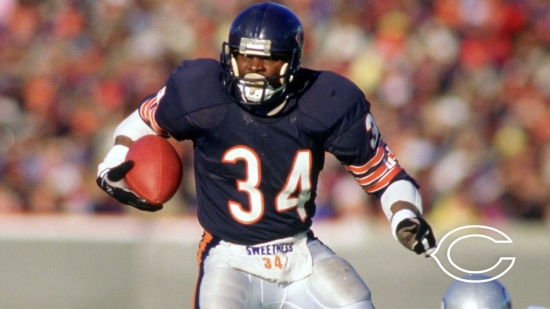 Football is one of the most watched sports in the world. The Super Bowl attracts over 50 million viewers yearly, with millions of gamblers betting on Super Bowl odds. These fans want to watch the best players, see the most remarkable plays, and cheer their teams to win trophies.

However, the fans are not the only ones that love winning; the players do too. As a professional athlete, especially in a competitive sport like football, you'll be remembered for the trophies and matches you win with your team.

For several decades, different NFL teams have played home to some iconic Hall of Famers, some more than others. This article will look at the NFL teams with the most Hall of Famers.

NFL Teams With the Most Hall of Famers

No athlete expects to play forever; some wish they could, but it's physically impossible. However, they hope to play at the highest level for as long as possible, and when they do retire, they hope to have created memories that fans will remember for years.

Even football players share this mentality, and what better way to remember a football player than being inducted into the Pro Football Hall of Fame in Carson? Over the course of the NFL's history, some teams have built a reputation for being home to Hall of Famers. Here are some of the teams with the most.

Being one of the longest-running franchises in the NFL has its perks, including being the team with the most Hall of Famers. The nine-time NFL Championship winners have produced some of the greatest football legends. One of which is the great George Halas. He was the team's coach and owner for four solid decades.

The Chicago-born legend held the record for most regular-season wins and total victories in NFL's history for several years until they were broken in 1993 by Don Shula. He also won six NFL titles with the Bears and is a proud Hall of Famer.

At the time of writing, the Chicago Bears have the most inductees in Carson, with the current number at 34. Other legendary names include Brian Urlacher, Doug Atkins, and George Connor.

With 33 Hall of Famers coming from their team, Green Bay Packers ranks second on our list today. The century-old franchise won the first two Super Bowl editions and is currently the team with the most NFL Championships wins.

Vince Lombardi is a name NFL fans can forget. His tenure as Packers coach was short-lived but filled with lots of success. In his nine years at the helm, he won an impressive five NFL Championships and the first and second editions of the Super Bowl. He has been credited with having laid the foundation for the team's current success.

Do not be deceived by the current and somewhat shaky form of the New York Giants; the franchise has one of the league's richest histories and has been home to some iconic figures. In fact, it has been home to 32 Hall of Famers. Some of the best names are:

For a franchise to hold the record for most Super Bowl titles, it's not uncommon that they have had some legendary players on their rosters. The Steelers currently have 30 names in the Pro Football Hall of Fame, with the latest inductees being Alan Faneca and Troy Polamalu.

The dream of every NFL player after retirement is to be inducted into the Pro Football Hall of Fame in Canton, Ohio. In Canton, their name will be immortalized, and their stories will be remembered for ages.

Fans also love to brag about their teams and the Hall of Famers that have played for them. Chicago Bears fans have all the bragging rights with 34 Hall of Famers. Green Bay Packers is second with 33 names, while the New York Giants and Pittsburgh Steelers fill up the third and fourth with 32 and 30 inductees, respectively.

Producing players who made it to the Hall of Fame is a thing of pride for any franchise. Here are the top four NFL teams with the most Hall of Famers.