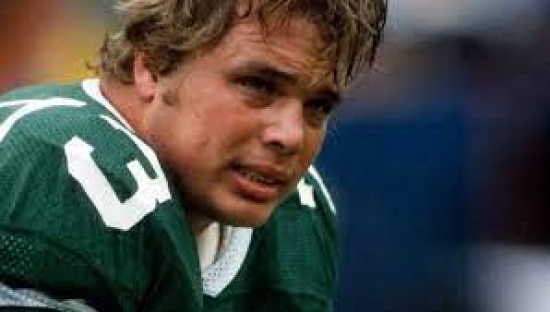 One of the core lists for us at Notinhalloffame.com is our Football List, where we rank 300 former players who are deserving of Pro Football Hall of Fame consideration.  Unlike our other sports/hall related lists, those at the end of the countdown have significantly better enshrinement chances than the others.  As such, the glut of deserving Senior candidates dwarf that of any other sport, and we were thrilled that this year it was announced three would be named Finalists, though there are still so many snubs that remain.

It is not a lock that those selected will be elected, as they move on to the final vote, but based on recent precedents, we feel comfortable projecting the Finalists as 2023 Pro Football Hall of Famers.

The three player Finalists are:

Chuck Howley (Linebacker, 1958-59, 1961-1973): Howley is the only player to win a Super Bowl MVP on a losing team (Super Bowl VI), and he was a six-time Pro Bowler who played most of his career with Dallas.  He has never been a Finalist until now, and for many Cowboys fans, he is the most wanted.

Joe Klecko (Defensive End/Defensive Tackle/Nose Tackle, 1977-1988): A member of the famed “New York Sack Exchange,” Klecko played all of his career with the New York Jets.  Klecko went to four Pro Bowls, and was the 1981 UPI Defensive Player of the Year.  He has never been a Finalist, but like Howley, this changed today.

Ken Riley (Cornerback, 1969-1983): Riley played his entire career with the Cincinnati Bengals and recorded 65 career interceptions, more than any other player not already in the Hall of Fame. Like Howley and Klecko, Riley is now a Finalist for the first time.  This is especially extraordinary, as he was never a Pro Bowl Selection.  Arguably, no Senior Candidate has seen his stock rise more than Riley.

Those who did not make the cut were:

Ken Anderson (Quarterback, 1971-1986):  Playing his entire career with Cincinnati, Anderson led them to their first Super Bowl appearance and individually was a four-time Pro Bowl.  Anderson was a Finalist in 1996 and 1998.

Maxie Baughan (Linebacker, 1960-1970, 1974):  Chosen for nine Pro Bowls, Baughan played for Philadelphia, Los Angeles and Washington.  A member of the 1960 Eagles NFL Championship team as a rookie, Baughan has never been a Finalist for the Hall.

Randy Gradishar (Linebacker, 1974-1983):  The heart of the “Orange Crush Defense,” Gradishar played all 10 seasons with the Denver Broncos, seven of which earned him a Pro Bowl nod.  He won the 1978 AP Defensive Player of the Year and he was a Finalist three times. For many, (including us), his failure to advance is one of the biggest shocks.

Cecil Isbell (Tailback/Defensive Back/Halfback, 1938-1942): Isbell played all of his career with Green Bay, where he was a one-time NFL Champion and four-time Pro Bowl selection.  He was a Finalist in 2020.

Bob Kuechenberg (Guard/Tackle/Center, 1970-1983):  Kuechenberg spent the entirety of his 14-year career as a member of the Dolphins, where he went to six Pro Bowls.  He was a Finalist eight times.

Eddie Meador (Cornerback, 1959-1970): Meador played his entire career with the Los Angeles Rams, where he earned six Pro Bowls. Meador’s 48 Interceptions remain a franchise record, but he has never been a Hall of Fame Finalist.

Sterling Sharpe (Wide Receiver, 1988-1994): Sharpe made five Pro Bowls and his Hall of Fame ring was likely delayed by severe injuries.  He has never been a Finalist.

Everson Walls (Cornerback, 1981-1993):  Walls played most of his career with the Dallas Cowboys, where he went to four Pro Bowls and led the NFL in interceptions three times while in Dallas. He finished his career with the New York Giants and Cleveland Browns and helped New York to victory in Super Bowl XXV.  He was a Finalist in 2018.

The Coach/Contributor Finalist will be announced next week.

We here at Notinhalloffame.com would like to congratulate those who have made it this far.

More in this category: « Our All-Time Top 50 Jacksonville Jaguars have been revised to reflect the 2021 Season. Pro Football Hall of Fame - NFL Teams With the Most Hall of Famers »