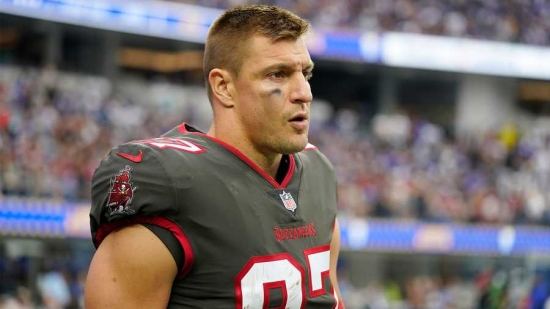 This is what we said three years ago

New England Patriots Tight End Rob Gronkowski has announced that he is walking away from football after a nine-year career where he was one of the most popular players in the game.”

We were right as Gronkowski returned a year later to join his long-time friend and Quarterback, Tom Brady in Tampa Bay, where they continued to make history.

Drafted in the 2ndround out of the University of Arizona in 2010, Gronkowski had a good rookie season highlighted by a three-touchdown game against Pittsburgh. 2011 would see him named to the First Team All Pro roster where he led the NFL in Touchdown Receptions with a 1,327 Yard season.  A Pro Bowl selection again in 2012 Gronk was injured for most of the 2013 campaign but returned with a vengeance in 2014 returning to the Pro Bowl, First Team All Pro roster and a 1,000 Yard plus season, which was punctuated by his first Super Bowl win.  2015 and 2107 would also see him named a First Team All Pro, and he captured two more Super Bowls with the Pats.

When he rejoined Brady, he secured his fourth Super Bowl, cementing him as one of the greatest Tight Ends of all-time.  If you did not believe that, remember also that he was named to the NFL 100th Anniversary Team.

Gronkowski will be eligible for the Pro Football Hall of Fame in 2027 and he is a lock to enter on his first attempt.

More in this category: « Brian Urlacher states that Zach Thomas should be in the Hall of Fame RIP: High McElhenny »