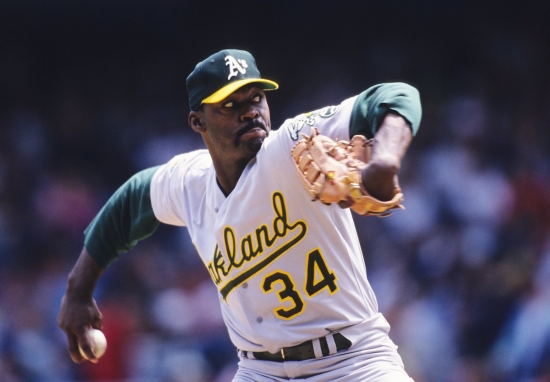 The Oakland Athletics have had their share of problems over the last few decades, as they are a small market team in an awful stadium, that are constantly the subject of relocation speculation.  Add another one, as the team has upset a former superstar due to their mishandling of his impending jersey retirement.

In 2019, Oakland announced that they would retire the number 34 of Dave Stewart in 2000, but COVID postponed those plans.  The team never announced any rescheduling, leading to a fan asking Stewart on Twitter when this would be happening.  The former Pitcher responded:

“I have no idea what the A’s are doing. At this point they can just retire the number with no celebration as far as I’m concerned. Come to the park and it will be on display with the other retired numbers. If you find out something before I do, please let me know?”

You would think that the team would have been in contact with Stewart, as this is an embarrassment for the A’s, and a slap in the face their former star.

Hopefully, this will be rectified soon, and we can watch the man with one of the most intimidating glare on the mound do it one more time in the city he became a star.

More in this category: « Our All-Time Top 50 Tampa Bay Rays have been revised to reflect the 2021 Season RIP: Mike Bossy »