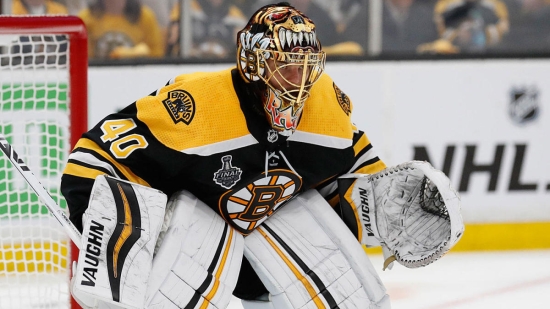 A very significant retirement has taken place in sports, as Boston Bruins Goalie, Tuuka Rask, announced today that he was retiring from the NHL.

From Savonlinna, Finland, Rask was drafted in the First Round (21st Overall) by the Toronto Maple Leafs, but he never played there as he was traded to Boston for fellow Goalie, Andrew Raycroft.  It was a deal that historically would favor the Bruins, the team in which Rask played his entire career.

Rask was first called up in 2007, but was not the regular back-up until the 2009-10 Season, a year in which he led the NHL in Save Percentage and Goals Against Average.  Rask would finally take over from Tim Thomas as the Bruins lead Goalie, bringing the Bruins back to the Stanley Cup Finals in 2013.  They lost to Chicago, but Task established himself as one of the best in the game.  The season after, he won the coveted Vezina Trophy as the NHL’s top Goalie.

Rask had his ups and down afterward, dealing with injuries, but again led the Bruins to another Cup Final in 2019, the same season he was named a Second Team All-Star.  Boston again lost, this time to St. Louis, who captured their first Title.

Rask had an upper-body injury that kept him on the sideline going into this season, but he came back to rejoin the Boston, appearing in four games as Linus Ullmark’s backup, but he cited that he physically was not at the level he needed to be.

Internationally, Rask represented Finland multiple times, with his greatest success coming in the 2014 Olympics, where he backstopped his nation to a Bronze Medal.

Should Rask’s retirement hold up, and he does not play in Europe, he will be Hall of Fame eligible in 2026.

We here at Notinhalloffame.com would like to wish Tuukka Rask the best in his post-playing career.

More in this category: « Bryan Danielson named to the ROH HOF The Pro Football Hall of Fame announces the Class of 2022 »