The Hall of Fame clock on Ben Roethlisberger begins 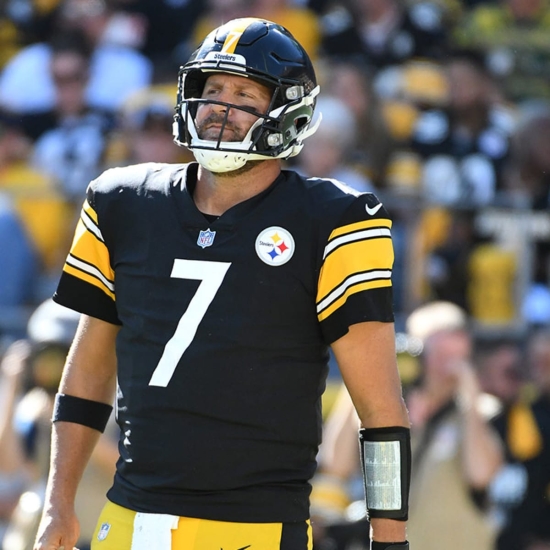 It is the end of an era in Pittsburgh.

Following the Steelers’ playoff defeat to Kansas City, the time to debate in earnest the Hall of Fame candidacy of Ben Roethlisberger has begun.

The Quarterback has the statistical make-up for a Canton bust, even in this inflated era.

Roethlisberger is also a two-time leader in Passing Yards, and went to six Pro Bowls.  He leaves with 64,088 Passing Yards (fifth all-time), 418 Touchdown Passes (eighth all-time) with an Approximate Value of 208 (14th all-time).  The biggest metric that a Quarterback is based on, Super Bowl wins, is also on Roethlisberger’s resume with two.

The negative that will dog Roethlisberger is his past sexual assault allegations, which had they happened in the #MeToo era would be discussed far more than it is.

If we were to enter a guess at this time, Roethlisberger will get in quickly, but the first year might elude him as only five can enter from what will perpetually be a loaded group of Finalists from which to pick, especially if Eli Manning and Philip Rivers are still on the ballot.  If our own data is to be believed (and we would like to think it does), we had Roethlisberger as the #9 most deserving active player going into the 2021 Season, and number three at Quarterback.

We here at Notinhalloffame.com would like to wish the best in the post-playing career of Ben Roethlisberger.

More in this category: « Our All-Time Top 50 Cincinnati Reds have been updated to reflect the 2021 Season RIP: Meat Loaf »