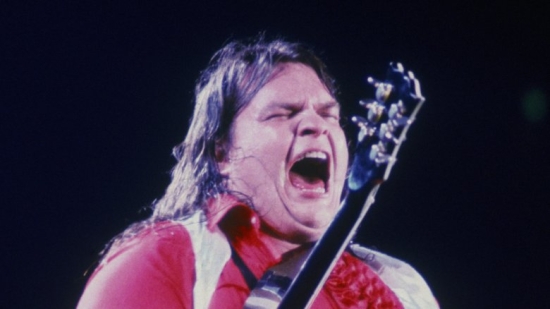 Meat Loaf, the charismatic singer who had one of the biggest albums of all time in “Bat Out of Hell” passed away at the age of 74.  No cause of death was given.

Two years later, Meat Loaf collaborated with Jim Steinman, to create the theatrical and powerful, “Bat Out of Hell”, which remains one of the most sold albums ever.  Few people who worked on the album, with the exception of Meat Loaf and Steinman understood what they were creating, but the Wagnerian effort resulted in cross-popularity, and Meat Loaf was everywhere in the late 70s.

The 80s were not successful for Meat Loaf, who for years fought for royalties from his smash effort, and even had to declare bankruptcy.  Creatively, his efforts in that decade floundered, yielding little sales, no hits and negative reviews.  His career rebounded in 1993, with “Bat Out of Hell II”, a back-to-basics effort and reteaming with Steinman.  It gave him his first and only #1, “I’d Do Anything for Love (But I Won’t Do That).

In addition to Rocky Horror, he also appeared in 1999’s Fight Club.

We here at Notinhalloffame.com would like to extend our condolences of to the fans, family and friends of Meat Loaf.

More in this category: « The Hall of Fame clock on Ben Roethlisberger begins The Women's Basketball Hall of Fame announces their 2022 Finalists »