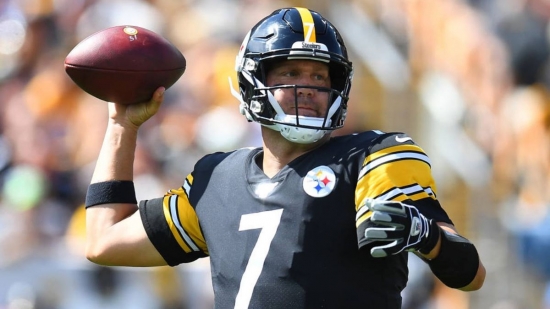 The 2004 NFL Draft yielded Eli Manning and Philip Rivers, but it was Ben Roethlisberger, the third QB taken, who won the Super Bowl first.

From this point on, Roethlisberger was considered to be one of the better Quarterbacks in football.  “Big Ben” and the Steelers won another Super Bowl (XLIII), and he was chosen for six Pro Bowls, including four consecutive from 2014 to 2017.  Roethlisberger led the NFL in Passing Yards twice and had six 4,000 Passing Yard seasons. He also has seven 25-TD years.

Roethlisberger is still with the Steelers, and while he is older, he could climb another rung or two on this list.  At present, he has over 60,000 Passing Yards and is four TDs shy of 400.