The Nashville Predators will retire the number 35 of Pekka Rinne 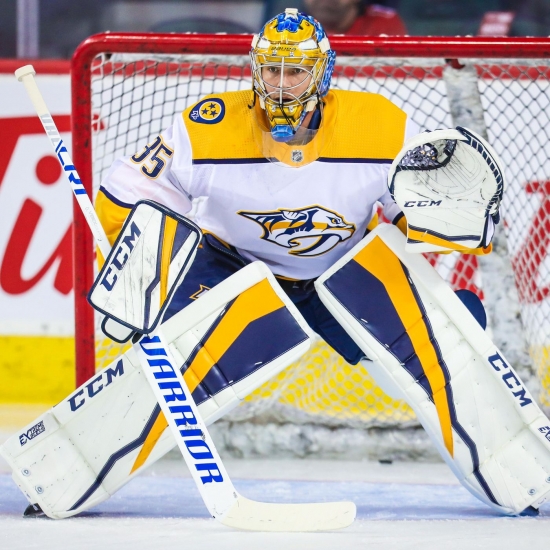 Regular visitors of Notinhalloffame.com know that we are slowly working on the top 50 of every major team in the NHL, NBA, NFL and MLB.  Once that is done, we intend to look at how each team honor their past players, coaches and executives.  As such, it is news to us that the Nashville Predators have announced that former Goalie, Pekka Rinne, will have his number 35 retired, making him the first former Predator to earn this honor.

The ceremony will take place on February 24, 2022, during their home game against the Dallas Stars.

From Finland, Rinne played his entire NHL career with Nashville, where he is the all-time franchise leader in Wins (369), Goals Against Average (2.43), Shutouts (60).  In 2017, Rinne led the Predators to what is to date their only Stanley Cup Finals.  He won the Vezina the following year, and he was a four-time All-Star.  Rinne, who is also a two-time post-season All-Star won the King Clancy Memorial Trophy in his final season.

We here at Notinhalloffame.com would like to congratulate Pekka Rinne for his impending honor.