We have added more former players to our Football Futures 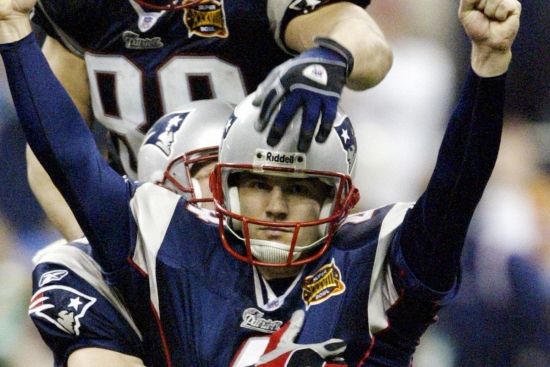 We have updated our Football futures with some new names for you to cast your votes on and offer your opinions.

Added to the 2024 Football Section are:

John Denney a Long Snapper who was a two-time Pro Bowler who played his entire career with the Miami Dolphins.

Added to the 2025 Football Section are:

Adam Vinatieri, who is the most successful Place Kicker of all-time, and is the all-time leader in Points and Field Goals. He also has three Super Bowl wins with the Patriots.

DeMaryius Thomas, a four-time Pro Bowl Wide Receiver who won a Super Bowl with the Broncos.  He had 9,763 Receiving Yards and 69 Touchdowns.

Roosevelt Nix, a Fullback who went to the Pro Bowl in 2017.

Added to the 2026 Football Section are:

Dez Bryant, who went to three Pro Bowls and led the NFL in Touchdown Receptions in 2016 as a Cowboy.

Don Muhlbach, a two-time Pro Bowl Long Snapper who played his entire career with the Lions.

Jurrell Casey, who went to five Pro Bowls as a Defensive End, and played most of his career with Tennessee.

LeSean McCoy, who went to six Pro Bowls and led the NFL in Rushing Yards in 2013.  He was also a two-time First Team All-Pro and would have an even 15,000 Yards From Scrimmage.

Malcolm Butler, a two-time Super Bowl Champion with the Patriots.

Marshawn Lynch, the man who made “Beast Mode” popular, and was a five-time Pro Bowl, one-time First Team All-Pro and two-time Rushing Touchdown leader.  The Running Back would win a Super Bowl with the Seahawks and had 10,413 Rushing Yards.

As we proceed further, we will be adding new names to all of our future sections.

As always, thank you for your support.