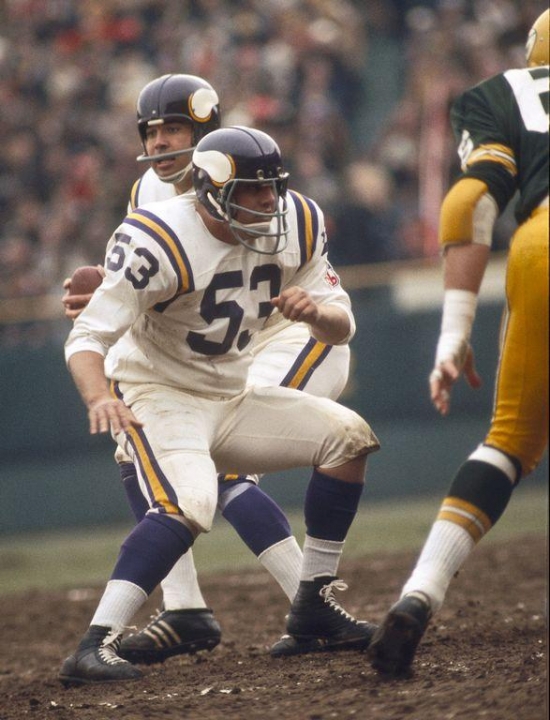 On the eve of the first Sunday of the 2021 NFL Season, the sport lost one of its great as former Minnesota Viking, Mick Tingelhoff, passed away at the age of 81.

Undrafted in 1962 from Nebraska, Tingelhoff took over as the starting Center for the Vikings, and he never missed a game in 240 contests, starting every one of them.  The former Cornhusker began a six-year streak of Pro Bowls in 1964, with five of them earning him a First Team All-Pro Selection.

Minnesota retired his number 53, and named him to their Ring of Honor.  In our most recent list of the Top 50 Vikings of all-time, he was ranked at #5.

In 2015, Tingelhoff was finally inducted to the Pro Football Hall of Fame.

We here at Notinhalloffame.com would like to extend our condolences to the fans, friends and family of Mick Tingelhoff.

More in this category: « Our All-Time Top 50 Chicago Blackhawks have been revised to reflect the last three seasons Ryan Braun Retires »