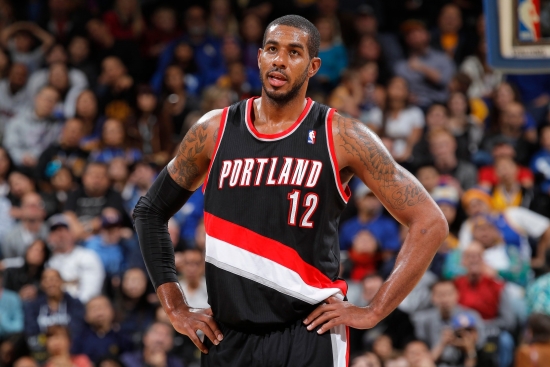 LaMarcus Aldridge, who recently signed with the Brooklyn Nets abruptly retired due to issues with his heart.  In his last game, Aldridge experienced an irregular heartbeat, and after consulting with doctors, the former Trail Blazer elected to call it a career.

Aldridge was the second overall pick in the 2006 NBA Draft from Texas, where he was the Big 12 Defensive Player of the Year.  Taken by Portland, Aldridge showed gradual improvement, going to his first All-Star Game in 2012, and would appear in six more.  A one-time Second Team All-Star, Aldridge averaged over 20 Points per Game seven times, and twice cracked the double-digit mark in Rebounds per Game.

He was traded to the San Antonio Spurs in 2016, where he played the remainder of his career, save for the five Games with Brooklyn this year.  Aldridge leaves the game with career averages of 19.4 Points and 8.2 Rebounds over 1,029 Games.  He was 49 Points shy of 20,000.

Aldridge will be eligible for the Naismith Basketball Hall of Fame in 2025.  He will be a bubble candidate, and will be ranked by us.  In our 2020/21 pre-season rank of those to consider for the Hall, Aldridge was #18.

We here at Notinhalloffame.com would like to wish LaMarcus Aldridge the best in his post-playing career.

More in this category: « LeSean McCoy comments on Julian Edelman's HOF chances, and his own Jay Bruce Retires »