LeSean McCoy comments on Julian Edelman's HOF chances, and his own 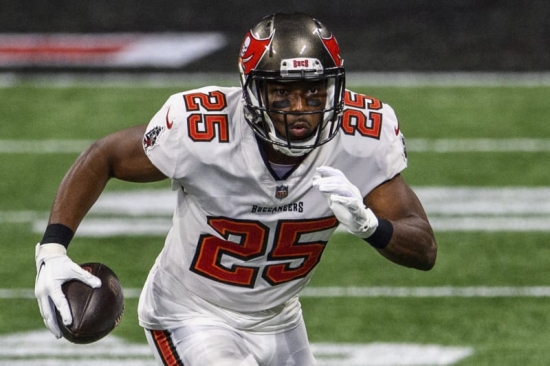 Recently we wrote about the retirement of Julian Edelman, who has been the topic of Hall of Fame discussion, as countless publications have prognosticated about his chances.  It has ranged from good to zero, and if we can give our pair of pennies on it, it is this.

The New England Patriots Hall of Fame will nominate him, and the voting public will induct him.  When it happens, it should be celebrated by the Patriot fan base, and it will be.

Not only that, he will NEVER even be a Pro Football Hall of Fame semi-finalist.

This is not to diminish Edelman’s accomplishments, which is punctuated by his post-season accomplishments. He won three Super Bowls, won a Super Bowl MVP, and is second behind Jerry Rice in playoff Receiving Yards.  He produced more significant gridiron memories than many Hall of Famers, but his overall body of work falls well short of the bar, and that is one lofty horizontal plane.

For a football player to make the Hall, they have to be one of five chosen.  Edelman is not even in the top five of those who have already retired this year, as he is behind Drew Brees, Maurkice Pouncey, Jason Witten, Philip Rivers without question, and arguably a level below Greg Olson, Mike Pouncey and Mike Iupati.   Frank Gore and Adrian Peterson could be done.  It is also projected that Larry Fitzgerald could be done, meaning Edelman is not even close to being the top Wide Receiver to retire this year.

The glut of talent that retires exceeds those who are fighting to get in.

What year will Julian Edelman be among the top five eligible players for the Hall?   For that matter, how about the top 15?  The top 25?

Running Back, LeSean McCoy, who also could be calling it a career, meaning that his eligibility will also be 2026, was asked about Edelman’s Hall of Fame chances by Yahoo Sports, and also his own:

Hall of Famer? No, come on, man

You have 16 weeks to showcase who you are, what you can do each year. The playoffs matter but a lot of guys don’t get a chance to play in the playoffs.  I won’t discredit him because I think he’s a great player, plays with a lot of heart, a lot of attitude, a lot of passion. I don’t want to rain on his parade because he’s retiring and he’s a hell of a player, but I don’t know about Hall of Fame

I think I’ve got a good shot at it.  I put my numbers up with any other running backs. In my decade I was the lead dog. I’ve got good numbers, touchdowns, yards, yards per carry, all those things. And you add two Super Bowls with it

In our 2020 pre-season list of active players based on Hall of Fame credentials, McCoy was ranked #31and #3 among Running Backs. McCoy, who was also chosen to the 2010’s All-Decade Team has a much better shot than Edelman, but he is not a lock.

More in this category: « The Canadian Football Hall of Fame announces their 2021 Class LaMarcus Aldridge Retires »