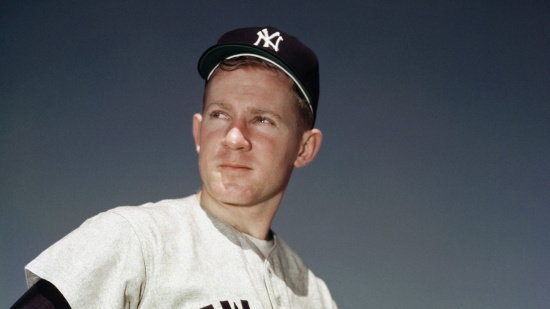 Roughly a week after the death of Hall of Fame Pitcher, Bob Gibson, another legendary Cooperstown hurler passed away.

Whitey Ford died last night at his home at the age of 91.  No specific cause of death was given.

Ford broke into the Majors in 1950 with the New York Yankees, which would be the only team he ever played for on the Major League level.  After finishing second in Rookie of the Year voting, Ford missed the next two years due to military service, but he returned to become the ace of the Yankees staff for years.

Over the course of his career, Ford helped lead New York to 11 American League Pennants where they won six World Series Titles.  The southpaw was an eight-time All-Star, won the 1961 Cy Young, was a two-time leader in ERA, and an all-time record of 236-106 with 1,956 Strikeouts.

Ford was inducted into the Baseball Hall of Fame in 1974.

We here at Notinhalloffame.com would like to extend our condolences to the friends, family and fans of Whitey Ford.