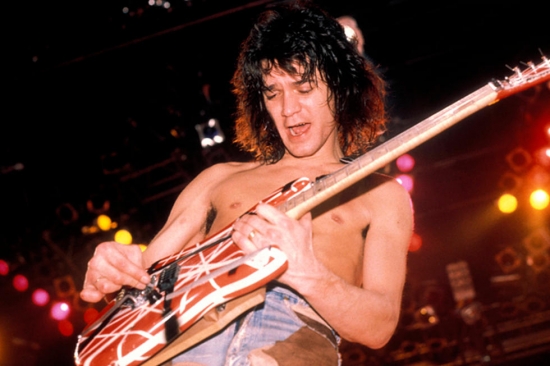 This is a punch to the gut.

Eddie Van Halen, the guitar virtuoso who was considered one of the greatest players of all-time died after a long battle with cancer.  He was 65.

Born in the Netherlands and raided in California, Van Halen formed a band with his brother Alex (drums), Michael Anthony (bass) and David Lee Roth (lead vocals) that bore his last name.  The band caught attention from their gigs in the Los Angeles scene, and they were signed by Warner Brothers.

In 1978, they put out their first album, eponymously named, “Van Halen” that opened with “Eruption”, a solo by Eddie that was not just the intro of what the band was but who was now the top axe man on the planet.  The Van Halen/Roth pairing was rock and roll poetry.  While Roth might have been the front man, it was Eddie who was the band’s leader and the one responsible for the bands’ direction.  Hit album after hit album came out, each with signature Eddie licks that every kid with long hair tried to mimic.

Van Halen was not just the envy of every aspiring guitar player but of just young men in general when he married actress, Valerie Bertenelli. They would have a child, Wolfgang, who later replaced Anthony in the group, but before that, it was Roth, who left first, as he and Van Halen constantly clashed.

What should have been a decimation of the group, led to their longest run of commercial success. Sammy Hagar took over the front man gig, and under Van Halen’s direction, they had four number one albums.  Hagar too what be let go, as would Anthony, and despite a new lead singer (Gary Cherone), the band was done as a relevant act.  That being said, Van Halen’s 20 year run as a top and influential group has few equals, and there is no musician in the world who did not respect the skills of Eddie Van Halen.

We don’t know about you, but we are about to blast some Eddie solos right now.  I expect many of you will do the same.