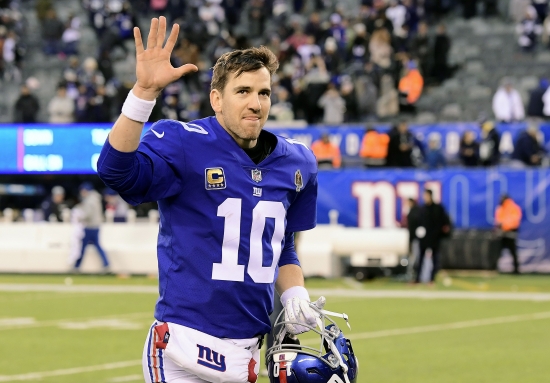 Speculated all year, Eli Manning will announce his retirement from the National Football League at a press conference tomorrow.

Drafted in 2004 with the third overall pick by the San Diego Chargers, Manning did not want to play for the Bolts, and he was quickly dealt to the New York Giants, where he would play his entire career.  A four-time Pro Bowl Selection, he would take the Giants to two Super Bowl Championships, both against the heavily favored New England Patriots, the first of which was when the Pats were undefeated going into the big game.  Notably, he was the Super Bowl MVP in both of their title wins.

Manning lost his starting job this year to rookie, Daniel Jones, but Manning finished the season when Jones went down to injury.

Manning will likely be the most polarizing Hall of Fame candidate if he isn’t already.  The younger brother of Peyton, is a two-time Super Bowl Champion, but was never a First or Second Team All-Pro, and has a .500 record as a starter.  He is eligible for the Pro Football Hall of Fame in 2025.

In our pre-season rank of potential Hall of Famers, Manning was ranked #22.  Along with Luke Kuechly and Antonio Gates, three of our pre-season top twenty-five selections have now retired.

We here at Notinhalloffame.com would like to thank Eli Manning for the gridiron memories and we wish him the best in his post-playing career.

More in this category: « Derek Jeter and Larry Walker named to the Baseball Hall of Fame RIP: Kobe Bryant »