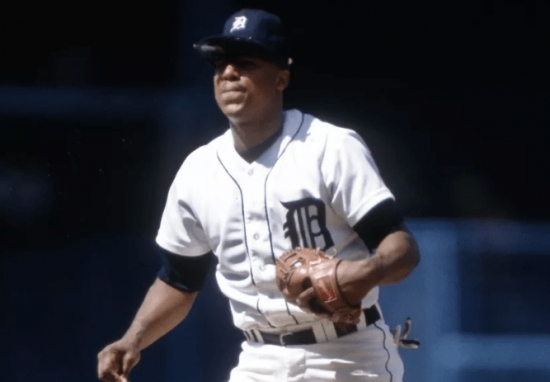 Today, the Baseball Hall of Fame has announced the 10 Finalists for the Modern Baseball Era, which is one of four Era Committees.  The Modern Era focuses on the era between 1970 and 1987.

The ten candidates are

Dwight Evans:  Evans was a twenty-year veteran of the Majors, 19 of which were with the Boston Red Sox.  An eight-time Gold Glove, two-time Silver Slugger and three-time All-Star, Evans collected 2,446 Hits with 385 Home Runs and an OPS of .881.  Ranked #15 on Notinhalloffame.com.

Steve Garvey:  Garvey was National League MVP in 1974 and he would help the Los Angeles Dodgers win the 1981 World Series.  Over his career, he set a National League record of 1,207 consecutive games and would be named to ten All-Star Games and four Gold Gloves.  He would accrue 2,599 Hits and 272 Home Runs and also won the 1978 and 1984 National League Championship Series MVP.  Ranked #25 on Notinhalloffame.com.

Tommy John:  Playing for a whopping 26 seasons, Tommy John would rack up 288 Wins over 4,710.1 Innings.  A four-time All-Star, John finished second in Cy Young voting.  He is also known for returning from a surgery to repair his ulna collateral ligament in 1974, the successful procedure being known now as “Tommy John Surgery.”  Ranked #12 on Notinhalloffame.com.

Don Mattingly:  Mattingly played 14 years (all with the New York Yankees), where he would win the Batting Title in 1984, and the MVP the next season.  He would amass 2,153 Hits with 222 Home Runs while winning nine Gold Gloves, three Silver Sluggers.  He would also be a six-time All-Star.  Ranked #40 on Notinhalloffame.com.

Marvin Miller:  Miller was elected as the head of the Major League Baseball Players in Association in 1986, a position he held until 1982.  Under his watch, free agency came into fruition and players’ salaries rose tenfold.

Thurman Munson:  Munson played 11 seasons with the New York Yankees, where he was the 1970 Rookie of the Year and 1976 MVP.  Munson went to seven All-Star Games and won three Gold Gloves.  He would also twice help the Yankees win the World Series. He would sadly die in a plane crash during the 1979 season.  Ranked #83 on Notinhalloffame.com.

Dale Murphy:  Murphy played most of his career with the Atlanta Braves and he would be named the National League MVP in 1982 and 1983.  The seven-time All-Star would win five Gold Gloves and four Silver Sluggers. He would have 398 Home Runs over his career.  Ranked #30 on Notinhalloffame.com.

Dave Parker:  The “Cobra” won two World Series rings over his career (1979 with Pittsburgh, and 1989 with Oakland), and was the NL MVP in 1978.  The seven-time All-Star, and three-time Gold Glove winner blasted 339 Home Runs over his career.  Ranked #21 on Notinhalloffame.com.

Ted Simmons:  Simmons was one of the best hitting Catchers of his day, as shown by his eight All-Star Games.  He would have 2,472 Hits with 248 Home Runs over his 21-year career.  Ranked #9 on Notinhalloffame.com.

Lou Whitaker:  Alongside his Hall of Fame double play partner, Alan Trammell, Lou Whitaker spent his entire 19-year career with the Detroit Tigers.  The Second Baseman was the Rookie of the Year in 1978 and helped the Detroit Tigers win the 1984 World Series.  Whitaker had 2,369 Hits and went to five All-Star Games while earning four Silver Sluggers and three Gold Gloves.  Ranked #11 on Notinhalloffame.com.

The vote will take place on December 8.

To get inducted, a candidate has to receive 75% of the vote from the 16-member committee.

We here at Notinhalloffame.com find value in all ten of these names, and we can’t wait to hear who they elect.

Do you have a favorite?

We here at Notinhalloffame.com are hoping the best for Miller and Whitaker, but again if anyone on this list t in, we would be happy.

More in this category: « Dave Matthews very humbled by RRHOF nomination The Songwriters Hall of Fame announces their 2020 Finalists »