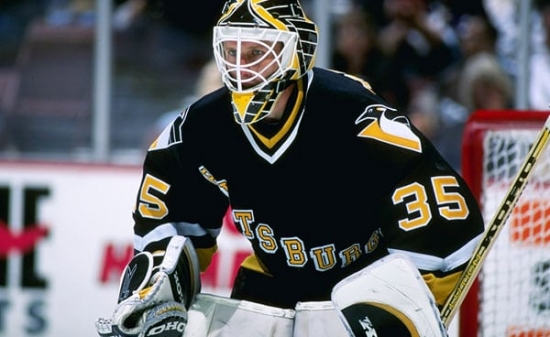 The winner of the Vezina Trophy and Calder Trophy in the same season in Buffalo, Barrasso, would win 124 Games for the Buffalo Sabres, and he would be traded to Pittsburgh, as the Sabres had seemingly given up on him.  Barrasso would struggle but would regain some of his lost form and was the backstop that they needed to help the Penguins win two straight Stanley Cups in 1991 and 1992.  The following season, Barrasso would be named a Second Team All-Star and was the runner-up for the Vezina Trophy.  He would finish third in Vezina voting in 1997-98.

Barrasso would be traded to the Ottawa Senators in the 1999-2000 season, and he would record 226 Wins overall with the Penguins.  He may have had a hate-hate relationship with media and management with Pittsburgh, but he was a large part of their success in the early 90s.