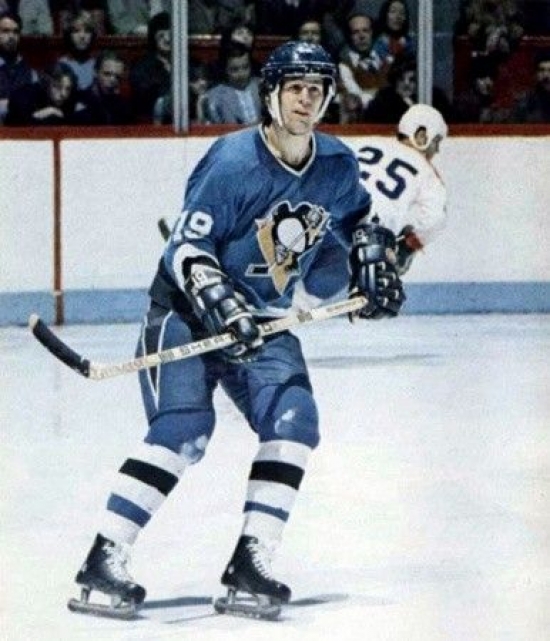 Let's get this out of the way before we discuss more of the Pittsburgh Penguins in the pre-Mario Lemieux era is simply to state that they were not very good.  They would annually struggle to make the post-season, and they did not elicit excitement among hockey fans anywhere in the country, let alone in Western Pennsylvania.

This comment isn't to say that they did not have any talented hockey players as they did.

They just didn’t have that many of them.

The arguable first hockey star (or regular one) was Jean Pronovost, who would make history in the 1975-76 season as the first player to have a 50 Goal Season and a 100 Point Season.  Pronovost had earlier established that he was building towards that, as since his debut with the team in 1968-69, he progressively improved, showing a pair of 40 Goal campaigns leading up to the campaign mentioned above.  The Quebecer would have one more 40 Goal Season in 1977-78 and was traded to the Atlanta Flames after.

As a Penguin, he would put the puck in the net 316 times and had four top ten finishes in that department.