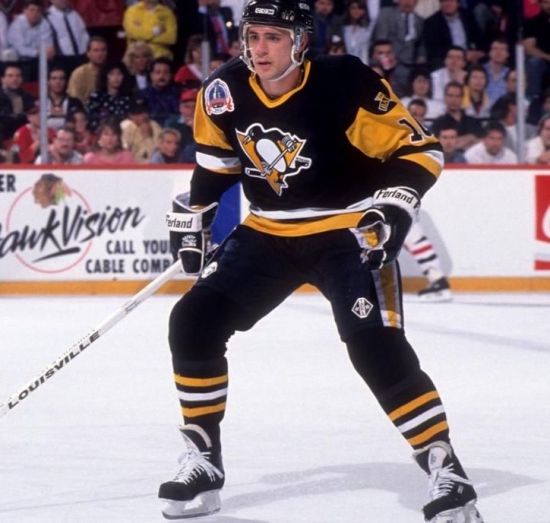 When Ron Francis retired, he was second all-time in Assists with 1,249.  It needs to be mentioned that, 449 of them came as a Pittsburgh Penguin.

Playing his first nine and a half seasons of his career with the Hartford Whalers, Francis was traded to the Penguins for their run to the playoffs where he helped the Pens win their first Stanley Cup Championship.  Now with Pittsburgh for a full season, he would again hoist the Cup, but in terms of his individual career, the best was yet to come.

In the 1994-95 Season, he would lead the NHL in Assists (48) and Plus/Minus (+30) while winning both the Lady Byng and Frank J. Selke Award, the latter being a near impossible pair of trophies to capture in the same season.  Francis would again lead the NHL in Assists (92) the following season with a career-high 119, and he would win his second Lady Byng in 1997-98.  Afterward, he would sign with the Carolina Hurricanes as a Free Agent, rejoining his original team that had relocated.

In Pittsburgh, he would accumulate 613 Points with a 1.15 Points per Game Average.

Francis was chosen for the Hockey Hall of Fame in 2007.