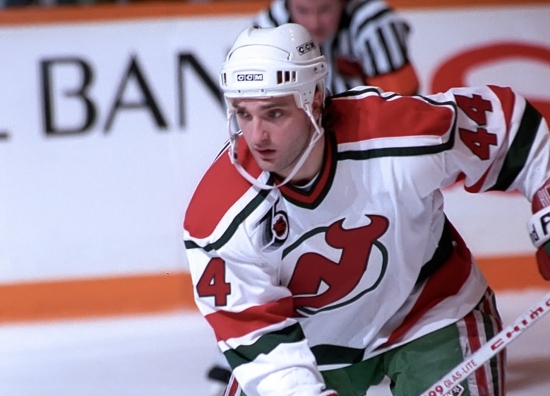 A Stanley Cup Champion, and two-time 50 Goal scorer with the Montreal Canadiens, Stephan Richer was traded from the Habs to New Jersey in 1991.

In his first three years in New Jersey, Richer scored at least 64 Points, with the latter two cracking the 70-Point threshold.  The Right Wing missed half of the 1994-95 Season but was still a good offensive player, and the man with the booming slapshot had 21 Points in the Devils' first Stanley Cup win in 1995.  Richer had a less effective 1995-96 campaign and was traded back to Montreal at the season's end.  Richer came back to conclude his career with the Devils late in the 2001-02 Season and retired shortly after.