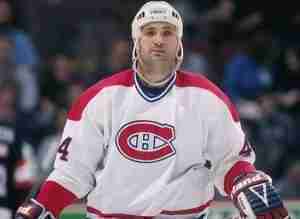 A solid goal scorer during his sting with Montreal, Stephane Richer gave Montreal fans a blast from the past and hope for a future with a French Canadian offensive star playing for Les Habitants. Richer was the first Montreal player since Guy LaFleur to score 50 goals a season. Richer accomplished that feat twice and was known throughout the NHL for his blistering shot. Once Richer’s skills eroded, he lacked the intangibles to remain an effective player late in his career and he bounced around the league. Still, Richer finished with 421 goals and had two Stanley Cup rings and was able to have an effective career.