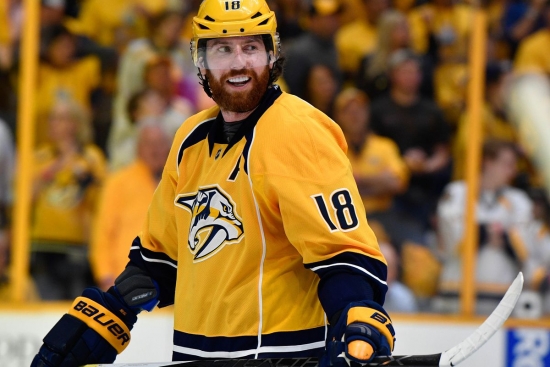 James Neal was a First Team All-Star for Pittsburgh in 2012, and three years later, he was traded to Nashville.

Neal was not as productive in terms of Points with Nashville as he was as a Penguin, but he provided depth and leadership to a Predators squad that went to their first Stanley Cup Final in 2017, though they lost to his former team.  Neal played for Nashville for three seasons, scoring 136 Points for the team, a solid number.

Neal left Nashville when the Vegas Golden Knights chose him in the Expansion Draft.