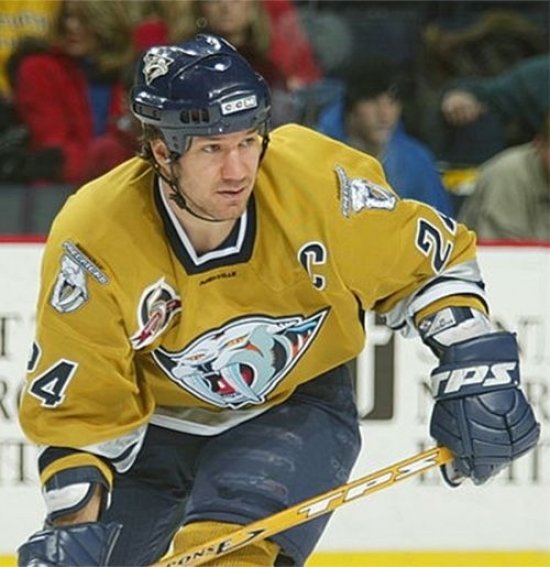 Plucked from the Vancouver Canucks in the Expansion Draft, Scott Walker entered the Predators organization with four years of NHL experience under his belt.  It was in Nashville where the Right Wing found his greatest success and most time on the ice.

Walker had 40 Points in his first full year in Tennessee (1998-99), and two years later, he broke that with 54.  After some injuries, Walker scored 67 Points in 2003-04, his best year in hockey.  Walker did not play much more for the Preds, first because of the lockout and second due to injury, and he would be dealt to the Hurricanes in 2006.

With Nashville, Walker had 247 Points.