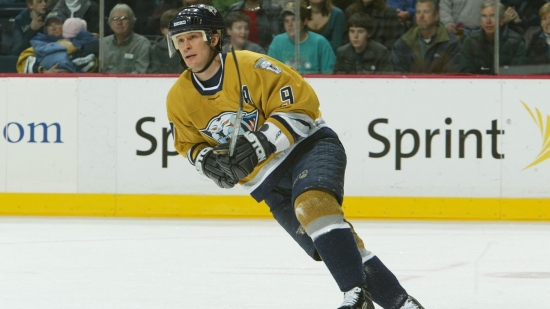 Paul Kariya is best known for his time with the Ducks, but that is not the only organization he ever played for, as the Left Wing played two years for the Predators.

Kariya’s best days were behind him when he first suited up for Nashville, but he was still better than most other hockey players in the NHL.  In Kariya’s two years in Tennessee, he had 161 Points in 164 Games, averaging .98 Points per Game.  Kariya also received (although not many) Hart Trophy and Lady Byng Trophy votes in both of those years.