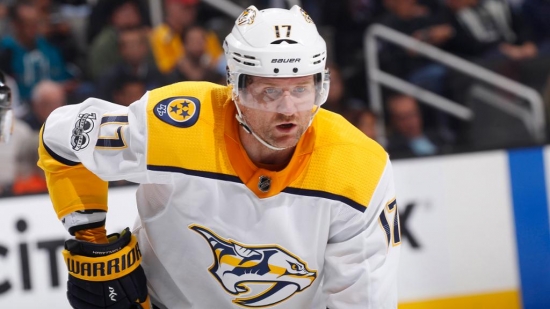 A high First Round Pick (6th Overall) in 2000, Scott Hartnell, made the team as a rookie, scoring only 16 Points but gaining valuable experience in his limited ice team.  It would not be limited after that.

Hartnell was a fan favorite (though it would be more so in Philadelphia), and his tenacious and grinding play helped generate wins for Nashville.  Hartnell had a pair of 40-Point years for the Preds and three PIM years on a checking line.

The Predators traded Hartnell and Kimmo Timonen to the Flyers for a 1st Round Pick, who would never make the NHL.  Needless to say, it was a lopsided trade against Nashville.  He would return to the Preds for a final year in 2017, retiring before the next hockey campaign.

With the Predators, Hartnell totaled 235 Points.