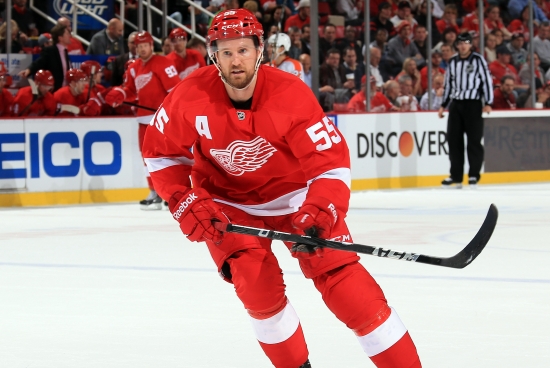 The entire NHL career of Swedish Defenseman was spent in Detroit, where he proved himself to be one of the most dependable blueliners in league history.

Kronwall was a late First Round Selection in 2000 by Detroit, and he would methodically make his way from Sweden to Michigan to become one of the most known blueliners in the Wolverine State.  His first full season in Detroit was in 2006-07, and he began his run as one of the better two-way Defenseman players in Hockey.

Kronwall would help Detroit win the 2008 Stanley Cup, and in those playoffs, he was the leading skater in Plus/Minus (+18).  He would produce five 30-plus Point years as a Red Wing while maintaining a solid presence on his end of the ice.

Kronwall was never an All-Star, but he was a high-end Defenseman for the Wings for well over a decade.  His impact in Detroit hockey has few peers.  Overall, he had 432 Points for the only NHL team he ever played for and had three years where he accrued Norris Trophy votes.