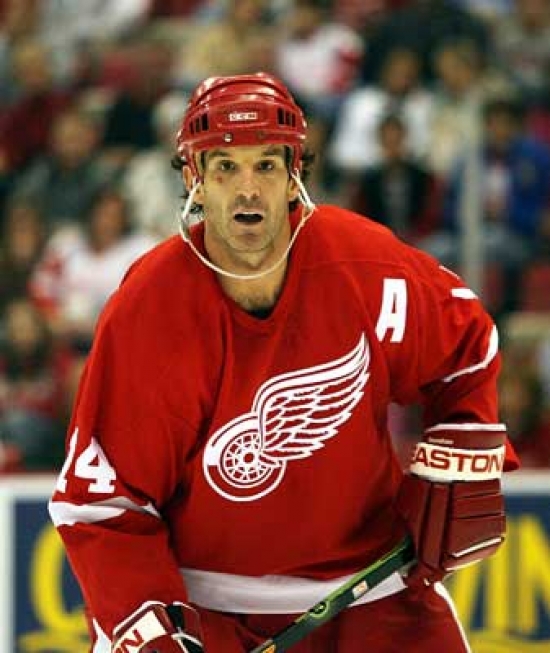 There are a lot of pieces needed to make a Stanley Cup Championship, or for that matter, an elite NHL team.  Many have argued that the missing piece that put the Detroit Red Wings over the top was the acquisition of Brendan Shanahan.

Shanahan was a prototypical power forward who was already a proven commodity.  A First Team All-Star with the St. Louis Blues in 1994, he began his career with New Jersey and was with the Hartford Whalers when he was traded to Detroit just a couple of games into the 1996-97 Season. Shanahan provided a combination of scoring and toughness, and he led the NHL Power Play Goals (20) that year. Detroit won the Stanley Cup that year, and the acquisition of Shanahan played a huge role in that.

Detroit and Shanahan again won the Stanley Cup in 1998, and in 2000, he was a First Team All-Star for the second time in his career.  A Second Team All-Star in 2002, Shanahan was again a Stanley Cup winner and was coming off his third straight 75-plus Point year (he hit that mark five times with Detroit).

Five times an All-Star with Detroit, Shanahan left the Red Wings for the New York Rangers via free agency in 2006.  In his 716 Games in Motown, Shanahan had 633 Points.  He was elected into the Hockey Hall of Fame in 2013