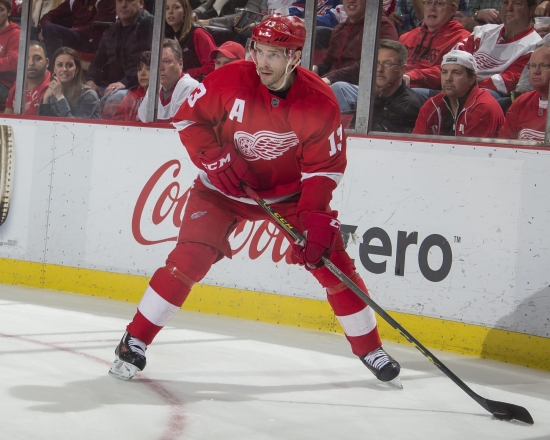 Pavel Datsyuk might be one of the best stick handlers the world of hockey ever saw.

A Red Wing for his entire NHL career, Datsyuk was lightly scouted and wasn't noticed until the 1998 Draft when the Red Wings (who were the only team that seemed to be aware of the Russian) took him in the Fourth Round.  Three years later, Datsyuk reported to Detroit, scoring 35 Points as a rookie and finishing fourth in Calder voting.  Datsyuk also helped Detroit win the Stanley Cup, an amazing accomplishment for a rookie.

The Russian Center gradually improved over the next few years, and he posted back-to-back 87 Point years (2005-06 & 2006-07), which he followed with two 97-Point campaigns.  In all four of those years, Datsyuk won the Lady Byng, and he also had a three-year run of Frank J. Selke wins (2008-10).  The gifted two-way player won a second Stanley Cup in 2008, and Datsyuk’s overall post-season performance saw him score 113 Points.

Datsyuk stayed with Detroit until 2006, and he had three more years with a third-place finish for the Selke.  A Second Team-All-Star in 2008-09 (he was third in Hart voting that year), Datsyuk went to three All-Star Games and had 918 Points for Detroit.

In a cap move, Datsyuk was traded to Arizona, but he never played for them, electing the play in Europe instead. Datsyuk scored 918 Points over his career.