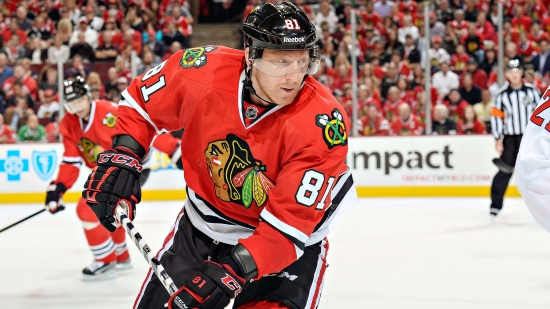 As an Ottawa Senator, he was a two-time All-Star who had two straight 70 Point seasons.

As an Atlanta Thrasher, he has a 90 Point and a 100 Point season and also went to two All-Star Games.

As a Detroit Red Wing he did not play in the All-Star Game but he was a Second Team All-Star selection in the lone season he played there.

It got better in Chicago.

Hossa wasn’t the same scorer that he was before but his 415 Points over 534 Games was certainly very good and with the potent scorers around him the Slovakian star could work more on the defensive side of the ice.  As a Blackhawk, Hossa received Frank J. Selke Award votes seven out of his eight years and he would go to his fifth All-Star Game in 2012.  More importantly in 2010, Hossa broke was billed as the “Hossa Hex”.  In the two seasons previously with Pittsburgh and Detroit, he was on the losing end of a Stanley Cup Final but it would not be three in a row as the Blackhawks won it all in 2010.  He would also perform very well in Chicago’s championships in 2013 and 2015.

The Hockey Hall of Fame inducted Hossa in 2020.