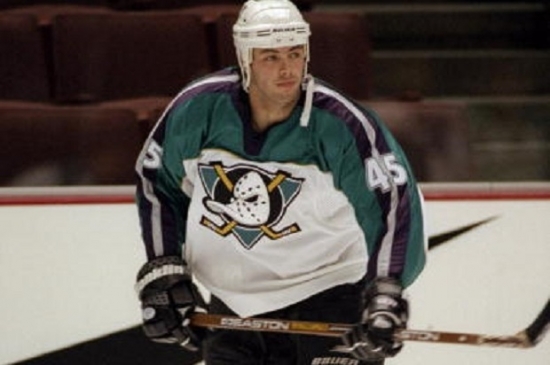 After three years with the Toronto Maple Leafs, Joe Sacco was taken by the Mighty Ducks of Anaheim in the Expansion Draft, thus making the American an original member of the team.

The expansion allowed Sacco to play in the NHL without worrying about being sent down to the Minor Leagues, and he scored 37 Points in his first year there.  Injured for half of his second campaign as a Mighty Duck, Sacco had 29 and 25 Points respectively over the next two years.  He was traded to the New York Islanders during the 1997-98 Season, and would total 130 Points in total for Anaheim.