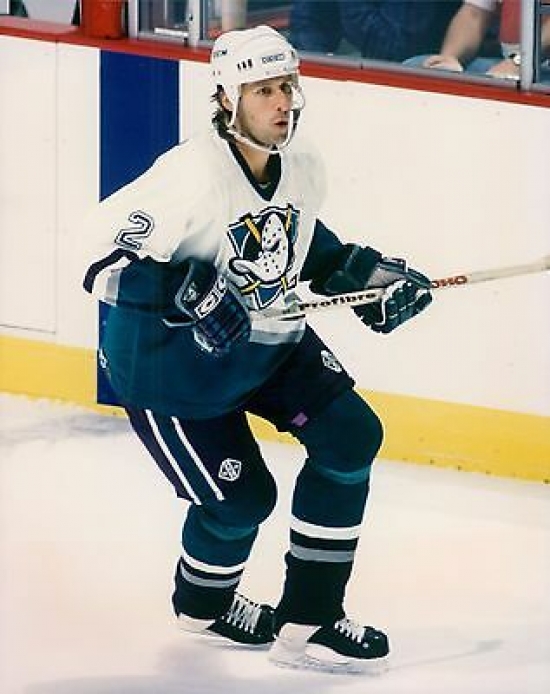 After playing eight years in the NHL in a minute role, Defenseman, Bobby Dollas was taken by the Mighty Ducks of Anaheim in the 1993 Expansion Draft.  Anaheim gave him the opportunity that he had always coveted.

With an enhanced role, Dollas enjoyed a five-year run in Anaheim, where he had two straight 20 Point years, which was followed up by a 30 Point campaign. Finding work on the power play, Dollas scored 89 Points with a healthy Plus/Minus of 31.