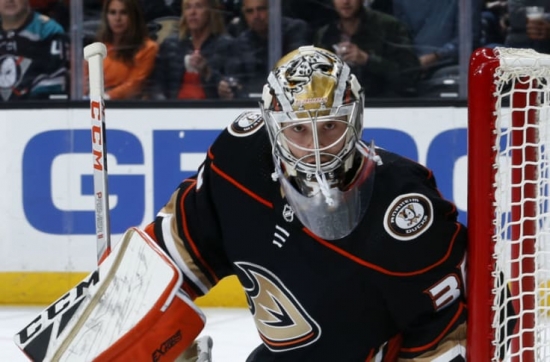 From Pittsburgh, John Gibson played college hockey at the prestigious University of Michigan and the United States at the World Juniors.  The Anaheim Ducks took the American Goalie in the Second Round of the 2011 Draft, and at present, this is the only NHL team that he is playing for.

Gibson made his first appearance for Anaheim for three Games in the 2013-13 Season, and in 2015-16, he split the William M. Jennings Trophy with co-netminder, Frederik Andersen.  Gibson was seventh in Vezina Trophy that year, and he has appeared in the lion's share of the duties between the pipes since. Gibson was tenth in Vezina voting in 2018-19, and to date, has a record of 148-122-40 with Anaheim.