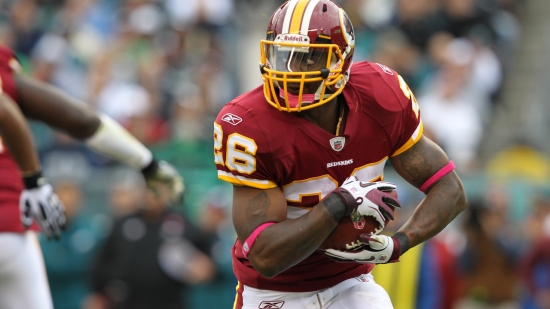 Clinton Portis played his first two years in the NFL with the Denver Broncos, and the sports world was stunned when he was traded to the Washington Redskins for Champ Bailey.  It has mostly pontificated that Denver won the trade, but Portis was still a productive rusher for the Redskins.

Portis had 1,315 and 1,516 Rushing Yards in his first two seasons in Washington, with 11 Touchdowns happening in 2005.  Injuries held him to eight Games in 2006, but Portis rebounded well with Rushing Yard years of 1,262 and 1,487, with the latter year (2008) earning Portis a trip to the Pro Bowl and a Second Team All-Pro.  Unfortunately, he would be best by injuries, and after two shortened seasons, he retired with 8,164 Yards from Scrimmage as a Redskin.