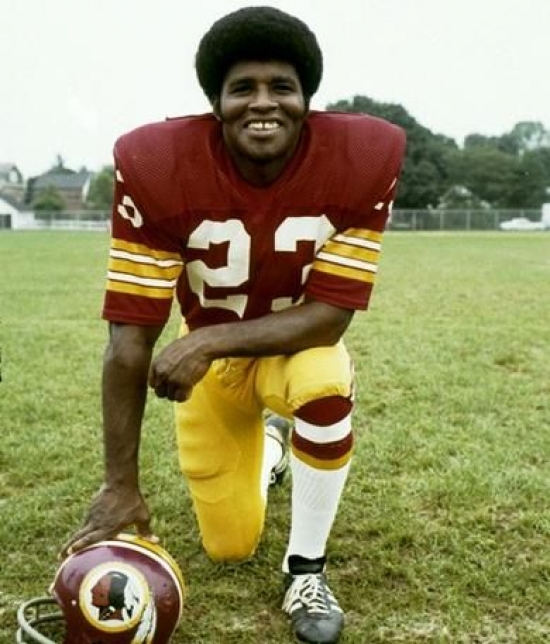 The Dallas Cowboys drafted Cincinnati’s Brig Owens in 1965, but he never made it past the Taxi Squad.  He was packaged in a five-player deal to the team that would become their fierce rivals, the Washington Redskins after that year, and it was in D.C. where the Safety played his entire pro career.

In his first season as a Redskin, Owens won the Left Safety job, playing there for our years before bouncing between Strong and Free Safety.  Owens helped them with the 1972 NFC Championship, and in his first nine seasons, he accumulated 35 Interceptions.  Owens was a backup in his last three years, only adding one more pick to his total.