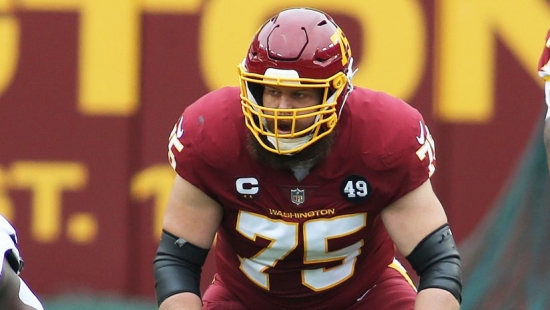 In 2014, Brandon Scherff of Iowa won the Outland Trophy as the Nation’s top Lineman, and unsurprisingly, he was the first Offensive Linemen taken during the 2015 Draft when Washington took him Fifth Overall.

Scherff won the starting position at Right Guard in his first pro season, earning All-Rookie honors.  Continuing to improve, Scherff went to the Pro Bowl In both 2016 and 2017, and injuries may have prevented him from that honor in 2018.  While he missed five Games in 2019 and three in 2020, he was still selected to the Pro Bowl in both of those years, with a First Team All-Pro honor coming in ’20.

Scherff added a fifth Pro Bowl in 2021, but that would be the last in Washington as he signed with Jacksonville in the off-season.  With the Commanders, Scherff started all 89 of his Games.