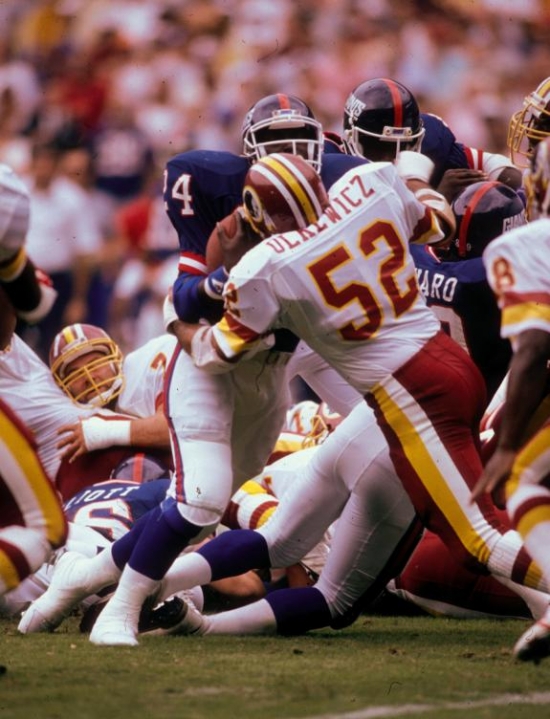 Undrafted out of the University of Maryland in 1979, Neal Olkewicz signed with the Washington Redskins, making the team. As it turned out, Olkewicz did not just make the roster; he became a starting Linebacker for the Redskins for over a decade.

Olkewicz did not go to the Pro Bowl, but the former Terrapin controlled the middle of the Redskins’ defense.  Playing Middle Linebacker, Olkewicz helped Washington win two Super Bowls and was the team’s Defensive MVP in 1988.