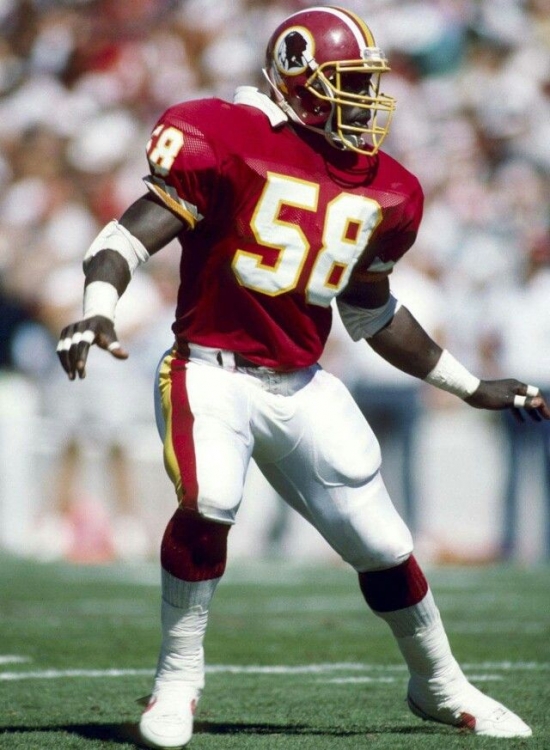 Wilber Marshall was a key component of the Chicago Bears’ 1985 Super Bowl Championship team, and the season after he led the NFL in Approximate Value with 23.  Marshall proved himself to be an upper-end Linebacker, and he signed with the Washington Redskins as a Free Agent in 1988.

Marshall might not have had a 20-plus AV as a Redskin, but he still proved to be a valuable contributor to Washington's success.  Marshall helped Washington win Super Bowl XXVI, and he was a Second Team All-Pro.  In the following season, Marshall had his best season as a Redskin with a First Team All-Pro and a Pro Bowl honor.  Marshall had a career-high 138 Tackles that year, also was named the NFC Defensive Player of the Year.

Marshall departed Washington for Houston, and he recorded 621 Tackles, 24.5 Sacks, and 12 Interceptions in a Redskins uniform.