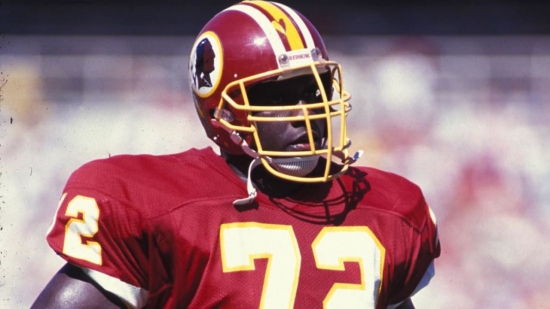 Dexter Manley came to Washington as a Fifth Round Pick from Oklahoma State, and on the field, he would quickly exceed expectations.

Manley won the starting Right Defensive End job during his rookie season, and he helped the Redskins win their first Super Bowl the following year. After that, Manley became one of the game's premier pass-rushers, totaling at least 11 Sacks in each season from 1983 to 1986, culminating in an 18.5 Sack season in 1986.  That year, Manley was named a First Team All-Pro and Pro Bowl for what would be the only time in his career.  Manley played three more seasons with Washington and helped them win their second Super Bowl (XXII)

Regardless of how his career sputtered at the end, Manley is one of the best pass-rushers in franchise history, and he had 91 Sacks (plus 6.5 unofficial) for Washington.