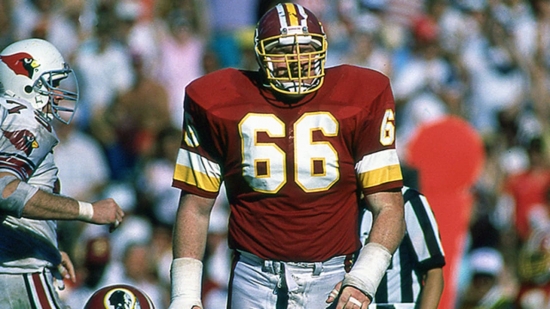 Joe Jacoby went undrafted in 1981, but he found employment with the Washington Redskins where he would become one of the greatest undrafted players in franchise history.

Jacoby won the starting Left Tackle job in training camp, which was again an incredible accomplishment considering his phone didn’t ring during the Draft.  He became an original “Hog” as part of the elite Offensive Line that Washington had.  The Redskins won Super Bowl XVII, and he was named to the Pro Bowl the next four years with a First Team All-Pro in the first two.  When that run ended, he was still a great player, and he won a second Super Bowl (XXII).  Late in his career, Jacoby was a member of the Redskins third Super Bowl of the century.