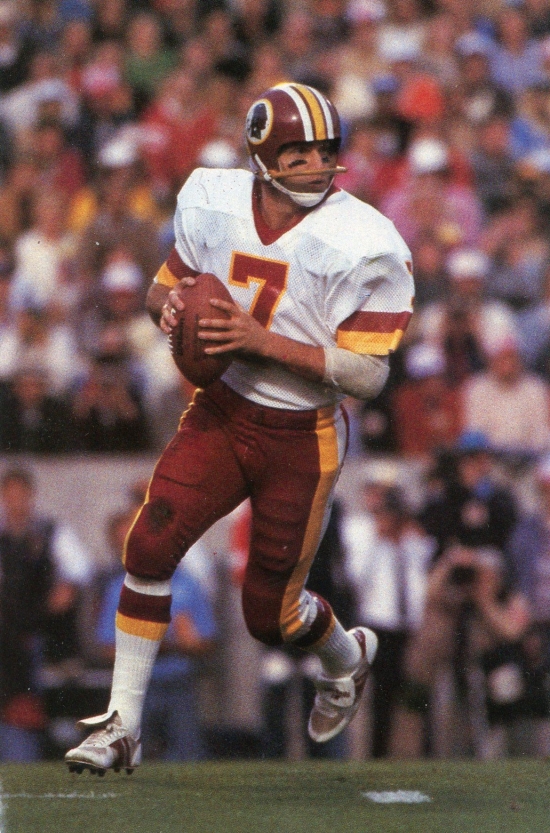 Theismann was used as a Punt Returner as an NFL rookie, and by 1978 he was finally the permanent QB.  The former Notre Dame star gradually improved, and by the early 80s, the Redskins Offensive Line (known as the Hogs) provided the protection needed for Theismann to flourish.

The QB threw for 3,568 Yards in 1981 and the following season, and he had 2,033 Yards in the strike-shortened 1982 campaign. Theismann won the Bert Bell Award, but more importantly, the Redskins won their first Super Bowl with Theismann throwing for two TDs.  1983 was phenomenal for Theismann, as he won the AP MVP in a year where he threw for career-highs in Yards (3,714) and Touchdowns (29).  The Redskins made it to the Super Bowl again, but this time they lost to the Los Angeles Raiders.

Theismann had another good year in 1984, but his career abruptly ended in a 1985 regular season game against the Giants. Theismann’s tibia and fibula were severely fractured in a sack by Lawrence Taylor and Harry Carson, and he never played again.