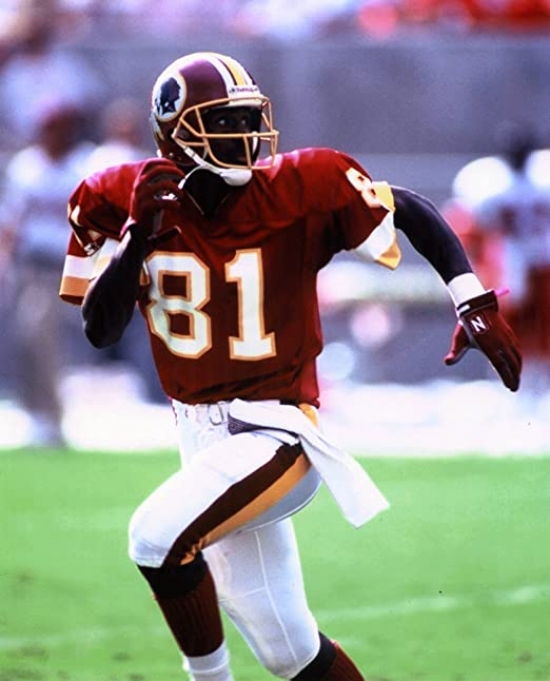 Art Monk showed a lot of promise at the University of Syracuse, so much so that he was a First Round Pick (18thOverall) in the 1980 Draft.

The relative of musical icon, Thelonious Monk, the Wide Receiver, had a very good rookie year with 797 Yards, and he would do well over the next three seasons before he had a breakout season in 1984. In that season, Monk led the NFL in Receptions with a then-record 106 catches.  A First Team All-Pro in '84, Monk was fourth in Receiving Yards with 1,372, a number that would be a career-high.  Monk went to his second and third Pro Bowl in the two seasons that followed, while again breaking the 1,000 Yard mark.

Monk proved he was an integral part of the Redskins offense, as regardless of the Quarterback, Monk was a go-to option. Monk helped the Redskins win three Super Bowls (XVII, XXII & XXVI) and became the first Wide Receiver to accumulate 900 Receptions.  He would have two more 1,000 Yard years, and he played for Washington until he signed with the New York Jets in 1994.

With the Redskins, Monk had 12,026 Yards and 65 Touchdowns, the former being a franchise record.