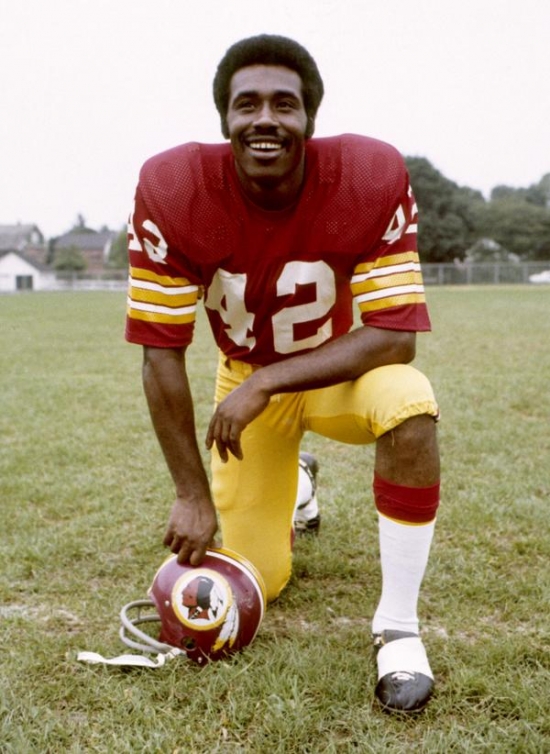 One of the best college players at Arizona State, Charlie Taylor was a star baseball and football star as a Sun Devil.  On the gridiron, Taylor was the Third Overall Pick in 1963, which would transcend into a Hall of Fame career in Professional Football.

Taylor’s first four years were all Pro Bowl years, with the latter two leading the National Football League in Receptions. The Receiver/End had a 1,000 Receiving Yard plus year in 1966, and the season after he was a First Team All-Pro.

Taylor remained with Washington for his entire career (until 1977), and he had another four-year run of Pro Bowls from 1972 to 1975. With Washington, Taylor put forth 9,110 Receiving Yards with 70 Touchdowns, which were great numbers for his era.