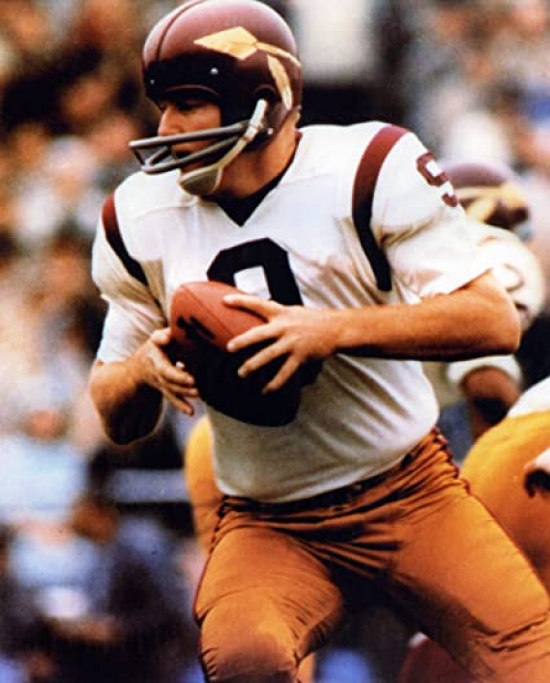 Jurgensen fit perfectly in regards to the leading the Washington offense.  He went to the Pro Bowl in his first year in Washington, and he would lead the NFL in Passing Yards in both 1966 and 1967, setting a then-record in of 3,747.  That season, he also threw for a league-leading 31 Touchdown Passes.  In 1969, Jurgensen was a First Team All-Pro and was a Pro Bowler for the fourth time as a Redskin.

As great as Jurgensen was in this time, he did not have the horses around him to help the Redskins make the playoffs.  In the 70s, he would help Washington make their first Super Bowl, but he was now replaced by Billy Kilmer, as Jurgensen’s injuries were compiling.  He played until 1974, retiring as a Redskin.

Overall with the Redskins, Jurgensen threw for 22,585 Yards with a TD-INT Ratio of 179-116.  These were outstanding numbers for his era.  Jurgensen would be named to the 1960s All-Decade Team, and in 1983 he received the call from the Pro Football Hall of Fame.  In 2022, Washington retired his number 9.