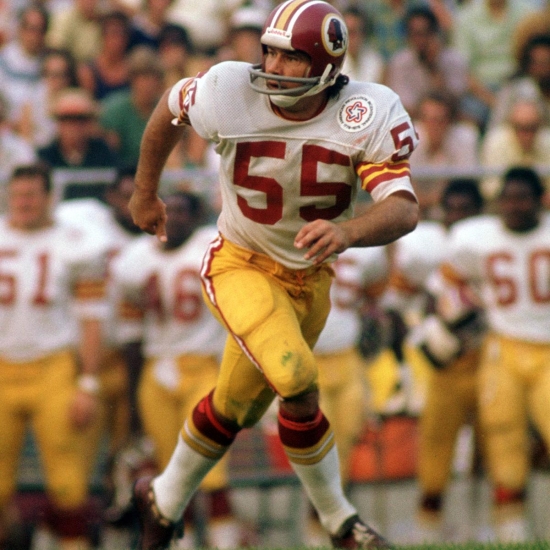 Chris Hanburger may have had a good career at North Carolina, but it was only worthy of generating an 18thRound Pick in the NFL Draft.  It is likely that nobody noticed the selection of Hanburger by the Washington Redskins, but they noticed his overall professional career.

The Linebacker played his entire career with Washington (1965-78), an incredible accomplishment for a player drafted as low as Hanburger. Despite his late draft choice, Hanburger made the Redskins roster and was a starter in five games as a rookie. Hanburger would become Washington’s starting Right Linebacker from 1966 until his retirement in 1978, and he would go to nine Pro Bowls and four First Team All-Pros.

The former Tarheel would be known in the Capital City for his dual ability to stop the run and pass, and Hanburger was also an exceptional tackler. Over his career, Hanburger accomplished a 135-game starting streak, and after his retirement, he entered the Pro Football Hall of Fame in 2011 as a Senior Candidate.