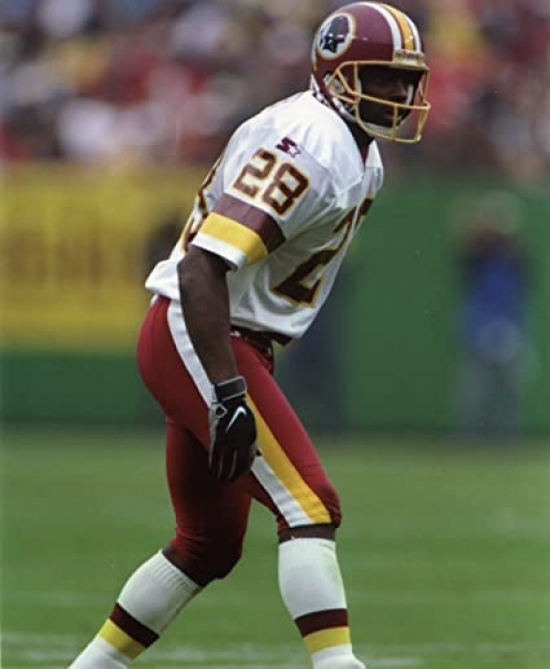 A late First Round Pick in 1983 by the Washington Redskins, Darrell Green became the most successful athletes ever from Texas A&M-Kingsville.

Green was a starter at Left Cornerback for Washington, and he was an All-Rookie selection and runner up for the Defensive Rookie of the Year.  Green would methodically pile up stats and show off durability as the leader of Washington’s defense for well over a decade, and he played all of his franchise-leading 295 Games in a Redskins uniform.

The Corner was a Pro Bowl for the first time in his career in 1984 and would repeat that honor six more times, with a First Team All-Pro nod in 1991.  Green’s consistency as a Defensive Back had few peers, and his leadership had even less. He was a large part of Washington’s success in winning two Super Bowls, and he would be a 1990s All-Decade Team and 100thAnniversary Team.  Green had 54 Interceptions and 1,202 Combined Tackles over his lengthy career.

Green was chosen for the Pro Football Hall of Fame in 2008.