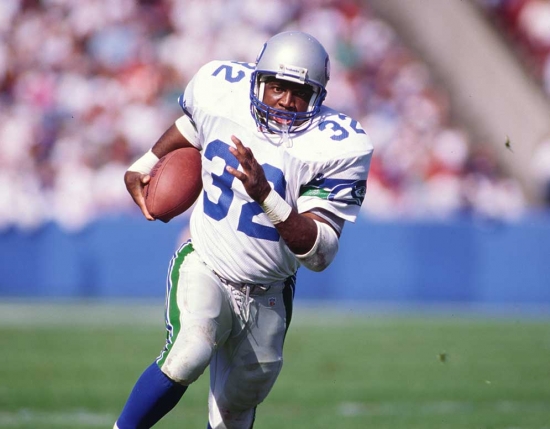 John Williams was a star Fullback at the University of Florida, and he did well on the pro ranks when he was taken with Seattle’s First Round (15th Overall) Pick in the 1986 Draft.

Williams would never have 1,000 Yards rushing in a season, but as a dual-threat back, he did have four straight 1,000 Yards from Scrimmage years (1988-91), with the latter two years earning a Pro Bowl spot.  In that four-year run, he was in the top ten in Receptions three times and was also a three-time top-ten finisher in Yards from Scrimmage.

The Fullback stayed with Seattle until 1993, where he would join the Steelers and help them win the Super Bowl.  As a Seahawk, Williams accumulated 8,730 Yards from Scrimmage with 33 Touchdowns.