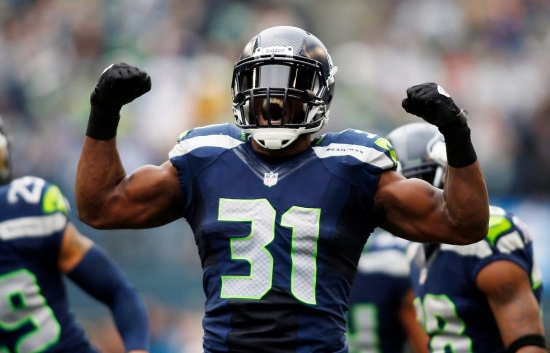 Helping the Virginia Tech Hokies win two ACC Titles, Kam Chancellor’s next stop was Seattle, where he arrived as a 2010 fifth round pick.

Chancellor was a backup as a rookie but was the team's starting Strong Safety from 2011 until he was forced out of the game.  Chancellor became a part of the "Legion of Boom," Seattle's group of Defensive Backs who were dominating the NFL.  This group aided the Seahawks in winning Super Bowl XLVIII and appearing in the next one, where they narrowly lost to New England.  Chancellor was not just a part of that group, but he was an elite player who was named to four Pro Bowls and two Second Team All-Pros.

Chancellor suffered a neck injury during the 2017 Season, and while he hoped to return, he was unable to.  The Defensive Back would have 12 Interceptions and 607 Tackles for the Seahawks.