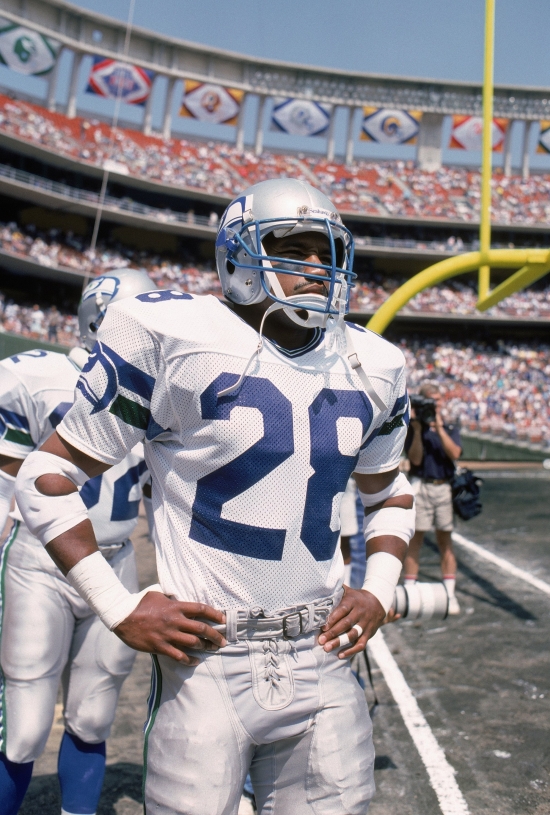 An All-American at Penn State, Curt Warner, was chosen by Seattle third overall in the 1983 Draft where he was immediately positioned as their featured back.  Warner was an All-Rookie, a Pro Bowler, and was third in Rushing Yards with 1,449.  He was hurt for most of 1984 but came back for another four-digit rushing campaign in 1985.  Warner returned to the Pro Bowl in 1986 and 1987, where he was third again in Rushing Yards both seasons.  Notably, Warner was named a Second Team All-Pro each year that he was a Pro Bowl Selection.

Warner had another 1,000 Yard year in 1988, and he played with Seattle for one more year before signing with the Los Angeles Rams.  The Running Back would have 8,172 Yards from Scrimmage with 62 Touchdowns as a Seahawk.