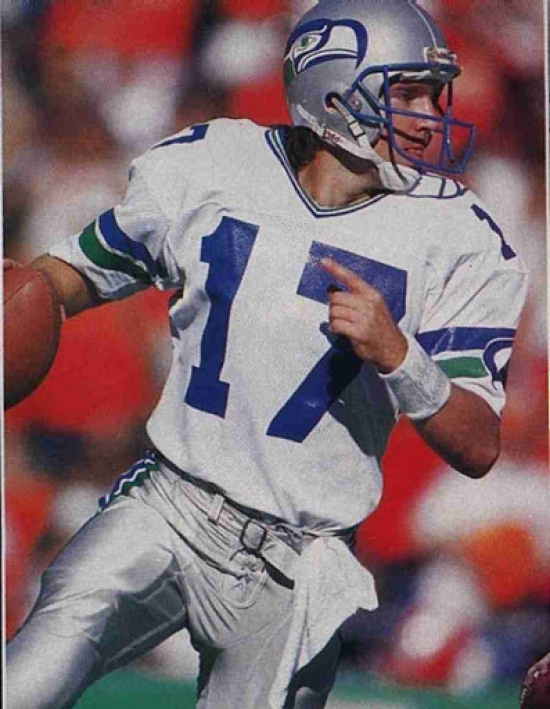 You don’t expect an NFL career from an undrafted Quarterback from Milton, but Dave Krieg had other ideas.

The Seattle Seahawks took a shot on Krieg in 1980, and he made the team as a third-string QB.  In the few years that followed, he battled Jim Zorn for the starting QB role, which he won for good in 1983.  Krieg had a bit of a gunslinger mentality, as threw a lot of Touchdowns, but threw a lot of picks.  While the Seahawks did not win any Super Bowls while he was their pivot, Krieg did take them often to the playoffs.

Krieg would go to the Pro Bowl three times, and he finished in the top nine on six occasions in both Passer Rating and Touchdown Passes.  He left in 1992 for Kansas City, but not before leaving the Seahawks with 26,132 Passing Yards and 195 Touchdowns.